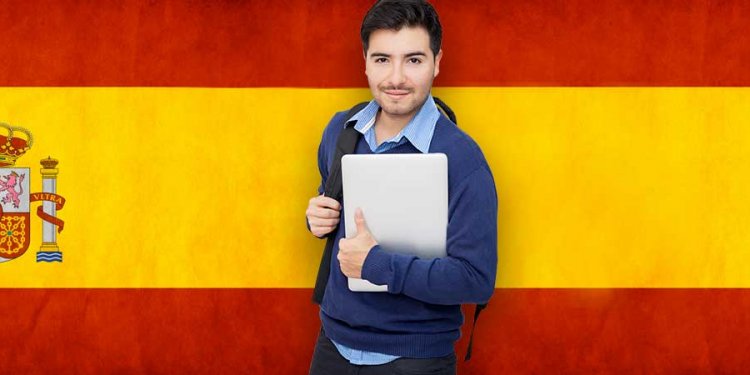 In the twenty-first century, multilingualism is becoming the norm. It’s estimated that over half the world’s population is at least bilingual and this figure is growing. So where do you fit into this changing world? Do you see yourself as part of a dynamic population of world citizens, or stuck on a shrinking monolingual island? The real question should be: why not learn another language?

If you’re at all curious about the world beyond your own day-to-day routine, speaking Spanish (or any other language besides your native tongue) can upgrade your life by increasing opportunities for career, living, travel, friendship, adventure and love. The more languages you speak, the bigger your world becomes.

And there is absolutely no reason to be discouraged, or to tell yourself you don’t have the talent for it. The idea that only children can become bilingual is simply a myth. You can learn to speak another language no matter your age or educational background; maybe you’ll never be mistaken for a native speaker, but you will be able to communicate – and that is what languages are for. Speaking a language is about connection, not perfection. So let’s ask a new question: who do you want to connect with?

A language is more than a bunch of words and rules for how to put those words together; it is another world. Speaking Spanish gives you access to the world of over 410 million native speakers from Mexico to Argentina to Spain to your own neighbors in the US. In fact, after Mexico, the US has the biggest population of Spanish speakers on Earth (yes, even more than in Spain). That means you can probably make use of the language without even leaving your neighborhood – especially if you live anywhere in the western U.S., Florida, or just about any big city.

Spanish is considered one of the easiest languages for a native English speaker to learn. The grammar and sentence structure are different from English, but simpler. Because both languages have Latin roots, they also share thousands of cognates – words that sound the same and have the same meanings.

Consider this sentence in Spanish – made up almost entirely of Spanish-English cognates: El restaurante antiguo está cerca del museo de arte. The cognates for “restaurant”, “museum” and “art” are almost unchanged. Stretch your brain a bit and you might notice that “cerca” looks a lot like the Latin “circa” and “antiguo” looks like “antique”. Put it all together and you get: The old restaurant is near the art museum.

Not only is Spanish relatively easy to pick up and start speaking, understanding it gives you a huge head-start to understanding other Romance languages like French, Italian and Portuguese.

With Babbel, you can learn Spanish without going to classes, hiring a tutor or investing in expensive software. For an affordable monthly subscription, you have access to hundreds of hours of interactive courses that get you speaking right from the first lesson. Babbel’s integrated speech recognition can even help you improve your pronunciation.

We add new courses on a regular basis so the opportunities to learn and improve are always growing. And if you own an iPhone, Android, or Windows 8 phone the key to speaking Spanish is already in your pocket.

Having a little Spanish in your conversational repertoire will open up the world to you on multiple levels: