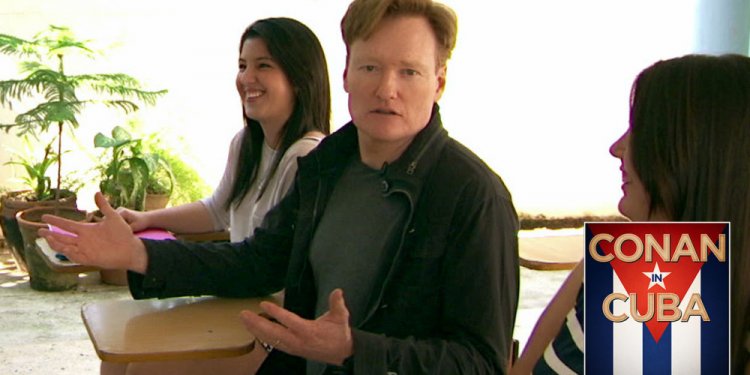 If you knew Yeri, you’d realize how scary this was. If anyone could kick my ass, it was her. A year went by, and between business school and running my own business full-time, I had no time to study more Spanish. I tried really hard to pick Spanish as one of my courses, but it just didn’t fit into my schedule. During my flight back to Cuba, I memorized as much past and future as I could, and prayed for dear life. Upon arrival in Havana, I immediately started using what I learned, butchering the language in the process. I really didn’t care as long as I improved, since facing Yeri was a lot scarier than making mistakes.

By the time we finally did see each other, Yeri noticed my efforts and said, “Mejoraste” [you’ve improved]. She was pleased, and so was I. What a relief! I never told her the whole story, but I guess when this book is translated into Spanish, she’ll find out. We love each other. The truth is, there’s nothing like a fire under your butt to get you to do something!

Over the years, I’ve learned much about Cuban culture through its unique expressions and idioms. The following expressions give you a glimpse into that culture, and the daily struggles Cubans face. It’s not an attempt to list every word that’s used in Cuba — just a sneak preview.

Cubans call their Spanish “cubano” and it’s distinct from “castellano, ” which they use to refer to Spanish from Spain. I love the way Cubans speak, as well as their attitude — very direct, aggressive and fiery, yet warm, sweet and emotional. It reminds me how we Israelis speak Hebrew.

You can butcher the language and Cubans won’t care, which makes it a great place for improving your vocabulary and building confidence. Cubans tend to swallow the “s” at the end of a word; their pronunciation is a little muddy and hard to understand. It’s said that if you can decipher Cuban Spanish, you can understand any Spanish.

According to a local joke, the reason Cubans drop the “s” at the end of their words is because they’re saving them for the Malecón, so they can “pssss” and “tssss” at passing women. Cubans love hearing this joke because it’s so true!

English is not spoken throughout Cuba. In fact, there are many places where no one speaks any English at all. But in all the major hotels, you’ll find many English-speaking Cubans to help you. Cubans get very lively and creative when they need to communicate with you, and as long as they understand what you want, it won’t matter if you make mistakes. Even so, it’s a good idea to bring a little phrase book with you; it’ll make your life a whole lot easier.

Here are some common words and phrases you’re likely to hear. Cubans love it when you turn all Cuban on them and use their expressions; it makes them feel like you’re “one of them.”

Mango, mangón, manguita.
These variations of the word are used for men and women alike, but they’re more commonly applied to women. Manguita is directed at a woman only. When a guy calls a woman a “mango” on the street, it means that he finds her sexy and juicy, like a fresh tropical mango.

Mami/papi, corazón, mi vida, mi amor, preciosa(o), linda(o), princesa, hermosa(o), cariño.
All are expressions of affection for both men and women. Cubans are very warm people and use terms of endearment daily in a way many other Latin Americans do not. Being called “mi vida” [my life] is a casual thing and doesn’t necessarily mean anything too intimate, but it all depends on how it’s said. Then there are preciosa, princesa and lindísima, which are all thrown around casually. But if a guy really notices a woman and likes the way she carries herself, he’ll say those words with an emotional oomph, so that it really hits her heart. Cubans are indeed masters of seduction.

Flaca, flaquita.
Cuban men like to call out after women and say sweet things, coming on to them at every street corner. Sometimes they’ll call a woman flaca [thin one] or flaquita, which is the same thing, only sexier and sweeter. One day, a guy called after me “flaca, ” teasing me on purpose. I turned to him and said in a soft voice, “Flaca no. Flaquita sí.” And he called after me again, “flaca, ” teasing me on purpose and raising the bar. I looked at him teasingly back and said again, “flaquita, ” using the most seductive voice possible — all the while walking away from him. He started laughing hard. It was a good joke and it got him off my back, the Cuban way!

Tienes swing.
Means “you have flavor.” Cubans love using this term. You might dress or walk a certain way, and Cubans will openly check you out and say, “Tienes swing, mami.” The expression can also be used for a man, in which case mami is replaced with papi.

yuma.
A foreigner. Usually refers to women rather than men, but the term is interchangeable. Having said that, if I were to call myself a yuma, some Cubans would laugh and others might even be embarrassed. Cubans prefer the term extranjero/a, since yuma is considered street slang and somewhat equivalent to the word gringo in other Spanish-speaking countries. If you listen to Cuban songs, you’ll sometimes hear them sing about the yumas.

While walking on the streets of Havana with a friend one day, I noticed that he greeted practically everyone we passed. “Neighbors, ” he told me casually. So I asked him what they’d say to his wife, “¿Quién es la yuma que estaba contigo?” [Who’s the foreigner that was with you?]. He laughed at the idea I had called myself a yuma. He repeated the story to his friends later that afternoon, getting a kick out of it. By the way, his answer was that they’d probably tell his wife, “We saw Alejandro walking with a yuma today on the street.” That explains why it’s almost impossible to keep secrets in Cuba.

For a complete list of the language terms and little interesting anecdotes check page 262 of My Seductive Cuba.