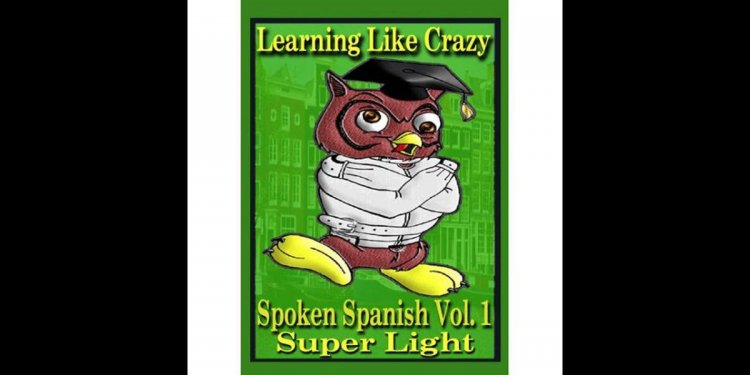 It also makes a difference in the type of Spanish you’ll learn.

Do you ever worry that the Spanish you learn in one country might not be understood in another?

Or have you learned some Spanish in Spain, only to go to a different Spanish speaking country later on and find yourself struggling to understand? Or vice versa?

Well, if you answered “yes” to any of the above, then welcome to the club.

Spanish is a complex language that has evolved over a substantial period of time. It’s grown up and matured in geographically and culturally disparate locations.

As a consequence, there have come to exist some at times significant differences in accents, grammar, vocabulary, slang and idioms in different parts of the Spanish speaking world.

For students of Spanish, the major and minor differences can be a source of concern.

However, they ought not to be. The fact that it’s like this really shouldn’t come as a surprise either.

Similarly, the different types of Spanish are also mutually intelligible. There are, however, some key divergences which are worth exploring and becoming aware of.

In this post, we’ll narrow our focus to examine some of the ways in which Spanish from Spain (called Peninsular Spanish) is different from the Spanish spoken in the Americas (broadly referred to as Latin American Spanish).

A Juicy Mix Up

I originally learned Spanish in Madrid, and later improved it by living with Spaniards in Scotland. About a year later, brimming with confidence in my language abilities, I embarked on a trip to Ecuador and Colombia. Little did I know the challenges that waited ahead.

I distinctly remember about a week into the trip going up to one of the many fresh juice stands that can be found in Quito.

“Un zumo de naranja, por favor, ” (an orange juice, please) I boldly ordered. I was met with a stare of confusion and silence.

I tried once more, although this time with a more notable hesitancy. Again, I was met with silence, then a suggestion – “Un jugo de naranja, señor?“ I awkwardly stumbled out a “sí…por favor, ” not fully confident of what I had just ordered.

I looked up above me and saw the sign “Jugos Naturales” and figured it must mean juice — Duh!

Sure enough, my dictionary confirmed that jugo meant “juice” and that zumo is only used in Spain. In Ecuador (and other Latin American countries), zumo is understood to refer to fruit pulp. This was to be the first of many wonderfully confusing experiences.

1. Modes of Address: Use of Ustedes vs Vosotros

In Spanish there are officially five different ways in which you can address people. Talk about spoiled for choice!

There are the three singular forms tú, vos and usted, which correspond to the English “you.” These each have varying degrees of formality. There are also the two plural forms, vosotros and ustedes, which are used when speaking to two or more people.

But hold on a moment, there’s a catch, and an important one at that!

In Peninsular Spanish, when you address two or more people, you have a choice to use either vosotros or ustedes as your mode of address.

Which one you use is influenced by a number of factors including formality of context, degree of respect wishing to be demonstrated and the level of intimacy you have with whom you are speaking.

If you’re familiar with the people you’re addressing, you use vosotros and any verb conjugation and pronoun use will follow its associated rules. Even if you’re not familiar with these people, you’ll still use vosotros if they’re of a similar age to you, or if there’s no particular requirement to afford them special respect.

For most normal day to day circumstances, vosotros is the order of the day and you’ll hear it a lot in Spain.

Conversely, the use of ustedes is restricted to more formal occasions, or circumstances where demonstrations of respect are required.

For example, if you were speaking to the board of directors at work, a group of political figures or the royal family in all their glory, you’d stick to using ustedes.

No doubt you can think of some other situations were it might be appropriate to use this.

In contrast, in Latin American Spanish, these types of distinctions aren’t a concern as you only have one choice, ustedes. It doesn’t matter if you’re speaking to your best friends, your parents or the most important group of people on earth.

The vosotros form is never used in Latin America (aside from Argentina) and in fact faded out of use completely from Latin American Spanish by the end of the 19th century.

If you’ve learned Spanish in Spain and you became accustomed to using vosotros and conjugating verbs with its endings, it can be a slight adjustment to drop it and begin using ustedes in Latin American countries.

If you’re anything like me, you’ll probably keep getting it wrong for a few weeks until it finally clicks. If you do accidentally use it, however, or conjugate verbs in its ending, be prepared for a funny look or two and perhaps a polite correction.

If you’ve learned Spanish in Latin America and go to Spain, your task may be a bit more difficult as you’ll likely have skipped over learning the vosotros form altogether.