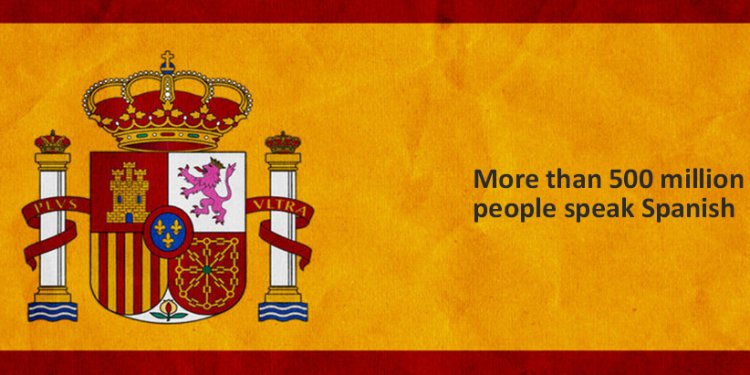 Spanish is easy to Learn

When I was teaching Spanish and dealing with expats in Argentina trying to learn Spanish, I constantly heard about how difficult the Spanish language is to learn. I actually wholeheartedly disagree. I learned through textbooks, the hard way, and I still stand by my stance that Spanish is easier than English. Here are some reasons that I feel back up my claim.

In Spanish, you only have to learn one sound for every letter. There are no tricky rules and other than the H, no sneaky silent letters. Once you learn the pronunciation rules, you can pronounce every Spanish word. How many English words are there that even native speakers would struggle with pronouncing if they stumbled upon them?

2. Everyone can be an excellent speller!

I am a stickler for spelling. I find it irritating when native speakers cannot spell words correctly in English, but at least there are some solid reasons behind their mistakes. If you can’t spell in Spanish, you are just lazy. Thanks to the wonderfully straight forward pronunciation rules, if you can pronounce it, you can spell it.

Spanish is pretty good about sticking to its own rules, which I love, but it does deviate on occasion. The nice thing about these exceptions is that that always make perfect sense. For example, let’s take the verb “llegar.” When you conjugate “llegar” in the first person preterite (yo conjugation), the rules would say the spelling would be “llegé, ” but the spelling is actually “llegué.” What’s with that extra ‘U, ’ you ask? Well, the ‘G’ is pronounced like an “H” sound when placed before an ‘E’ so to avoid changing the pronunciation of the word, the ‘U’ is added so that the ‘G’ will still be pronounced like a hard ‘G’. That is pure, beautiful logic right there people. Tell me why “weird” is not spelled “wierd” (which would mean it was following the ‘I’ before ‘E’ rule). You don’t know? Neither do I.

4. There are not as many words.

I don’t have any linguistic evidence to back this up, I’m just working off experience. I have found that I might think of 5 English words that mean slightly different things, but in Spanish the translation for all of them is the same word. For example: Shady, sketchy, unpleasant, ugly, displeasing. Translation? Feo. Yep. That’s it. Now, as a writer and lover of words, I find this a little depressing, but as a foreign language teacher and learner, I find it incredibly convenient.

5. The accents marks actually help you.

While you may find those little things that look like apostrophes attacking vowels annoying, they actually serve a wonderful purpose. The rule in Spanish is that the stress is always put on the second to last syllable of every word unless there is a written accent. Perfectly clear. If there is an accent, put the stress there, if there isn’t, it goes on the second to last syllable. Done and done.

So next time you want to complain about how difficult Spanish is, take a look at English and all the things that make absolutely no sense. Trust me, Spanish learners have it easy.