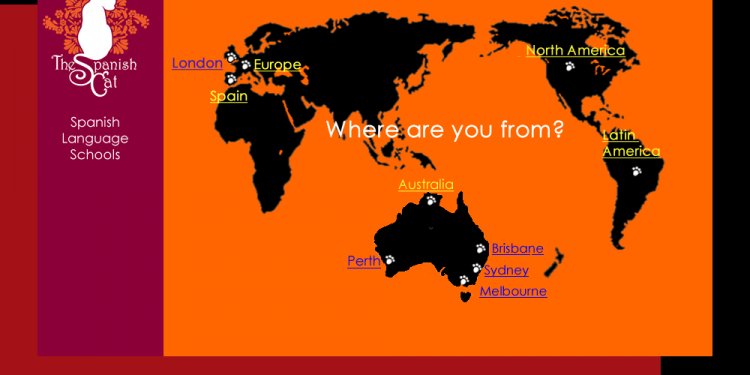 All Spanish consonants follow strict rules for the sounds they make, and there are few exceptions. The sound a consonant makes only changes when it’s combined with certain consonants and vowels—and even this is fairly straightforward. There aren’t nearly as many combinations and irregularities as there are with English sounds.

Spanish vowels are pronounced the same every time. Every. Single. Time. Learn ah, eh, ee, oh, oo, and you’re golden. Watch this handy video, listen to it several times and practice those vowel sounds until you get them down pat. Like the lady says, “cinco vocales, cinco sonidos” (five vowels, five sounds).

But when you practice, be sure to pay attention to the length of the vowel sound. Spanish vowels are pronounced shorter, more abruptly. In English, we tend to let vowels drag on.

For example, many English speakers pronounce hola, which has two short and sweet vowels, as ooouulaaah. They let the and drag on for far too long. Instead, try giving each vowel in hola a half-second of sound. Short and sweet.

And just because the vowels are short doesn’t mean they’re not strongly pronounced. Oh, no. Open your mouth wide when you pronounce these vowels. To say the letter you should have your jaw dropped, and requires you to stretch your mouth wide and be almost grinning. For and your mouth should be open wide with rounded lips. Keeping your mouth open wide for pronouncing vowels is key to sounding natural.

Keep practicing this with every Spanish word you encounter.

Accent marks are extremely helpful. Misplacing or forgetting an accent can make a big difference in the meaning of your Spanish sentences. For example, ésta, esta and está each have different meanings, and you’ll need to stress the right syllable when speaking.

If there’s a long word that you’re not sure about, check for an accent place on the word. is a great internet tool for checking Spanish pronunciation, because they’ll often give you different regional pronunciations. Also, Google Translate is pretty great for this purpose—but it occasionally doesn’t get the sounds quite right.

The difference between “b” and “v” in English is obvious. In spoken Spanish, b and v are indistinguishable, and they both sound exactly like the English letter “b” in most situations.

In fact, many native Spanish speakers confuse them, particularly speakers who haven’t received extensive education regarding reading and writing.

When the or v comes at the beginning of a word, or when it follows the letter or , pronounce it like the letter “b” in the English word “ball.” This is a deep, rounded sound. In any other word, you’ll step into the waters of truly foreign pronunciation—the letters and do something strange. Try to pronounce “b” as in “ball” without letting your lips come together. That’s your sound.

For example, try pronouncing the word escoba (broom) without letting your lips touch. Your Spanish here should not sound like the “b” in “ball.” If you can master that, you’ve eliminated one distinctly gringo problem sound.

Cl makes us English speakers sound totally graceless. We spent far too much time attempting to enunciate both the and the . In Spanish, cl has a very graceful, elegant sound. That’s because it’s rather softly and swiftly pronounced.

To illustrate, try saying the English word “clomp.” You likely made a very hard “c” sound and lingered on the “l.” The tongue sticks to the roof of the mouth, hangs out there and produces a strong, muddy-sounding “l.” This is typical of English, but not of Spanish.

Now let’s swap “clomp” for aclarar (to clarify) or claro (clear). Try pronouncing these words by reducing the entire cl sound to a half a second. Just half a second. Your tongue should only gently tap the roof of your mouth, and then you quick and gracefully lilt on to the following .

Got that one down? You’re one step closer to speaking with a clean, crisp Spanish accent.

The trick is to get the hard correct. We English speakers take our hard “c” very seriously. It’s a strong sound, and is accompanied by breath rushing out of your mouth. Pronounce the English word “accommodate” strongly. Did you feel the air leaving your mouth when you hit the hard “c” sound? If not, try again—it’s happening.

Oh, the letter . This is a huge sticking point for any would-be Spanish speaker who’s a native English speaker. I’d say that this English letter is partially responsible for Americans having a crap-tastic accent in any language. Our strongly and deeply pronounced English “d”—which sounds just like Homer Simpson’s “D’oh!”—sounds so darn inelegant.

When we say a word like “donut, ” we open our mouths wide and our tongues loll about. Try saying that word. Pay attention to your tongue. In Spanish, we always want to strive to pronounce the Spanish letter d just like the “d” in “didn’t.” Thanks to the letter “i, ” perhaps, this letter “d” tends to stick to the tips of our tongues. Try saying this word compared to “donut” and feel the difference in your tongue’s positioning and movement. “Didn’t” hardly requires your tongue to move at all.

Try using this softer, lighter pronunciation of “d” for the Spanish word donar (to donate). Don’t let that tongue move around! Keep it towards your front teeth.

Another trick with the Spanish is when it comes at the end of a word in the form of –ado or –ada. For example, pescado (fish) or enamorada (in love). In Carribbean and coastal regions (among a few others), you’ll likely never hear the –ado or –ada fully pronounced. pescado sounds like pescao.

That’s the most extreme version, but anywhere you go in the Spanish-speaking world you’ll find that this final syllable is always pronounced softly—it’s virtally nonexistant, to the point where your tongue shouldn’t move at all or touch anything in your mouth to make this sound. The should be very hard to hear. If you’re pronouncing the do in pescado like the “do” in “donut, ” you’ve got yourself a problem.

Ah, a timeless office lunch room debate—do you pronounce the g in guacamole? Well, do you?

When the Spanish letter g precedes , or a consonant, it’s a bit like the hard English “g” found in “grape” or “gorilla.” The only difference from this English letter “g” sound is, as with any Spanish consonants, the Spanish g is pronounced a bit softer.

Before moving on with the letter and its pronunciations, let’s take a look at the Spanish letter j.The letter has a breathy “h” sound, like the “h” in “house.” You may already know this thanks to Spanish loan words in English—for example, how do you pronounce jalapeño? Exactly: ha-la-payn-yoh.

Okay, let’s get back to that tricky letter g.

When g precedes or , it’s a soft g and pronounced like the Spanish letter j. That means that the same breathy g sound is used in the words Japón (Japan), girasol (sunflower) and germinar (germinate).