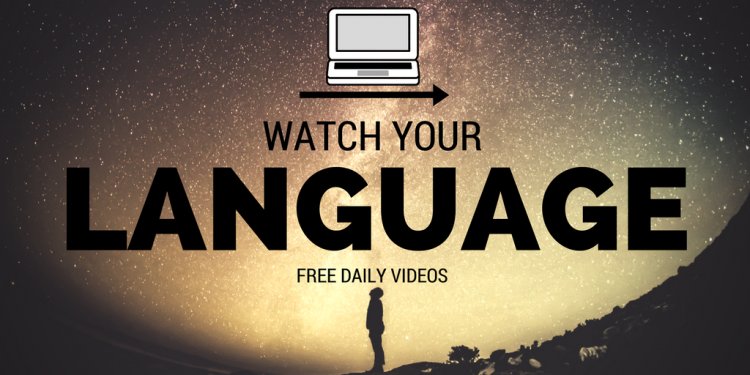 Michael is studying Spanish by himself and although it’s his second year, he still struggles with grammar.

One night after Maite finishes work, Michael runs up to her, quickly trying to put into words what he’s thinking, and manages to say:

Maite does not let him finish. She takes out a coin from her pocket, gives it to him without a word, and leaves.

Michael is utterly confused. He wanted to get her attention, yet has ended up with a coin in his hand. But why? Well, if you want to know what’s happened, you need to keep reading. It’s all about Spanish sentence structure!

Sentence structure involves the word order in a sentence.

When you start learning a new language, you want to start speaking it right away, but you feel there is always something holding you back, making it impossible for you to make sense when you try to say something.

That something could very well be sentence structure, so we’ve got to learn it early. Why?

When you master the art of word order, you can put into practice all those vocabulary and grammar rules you have learned, and produce perfectly grammatical and native-sounding sentences with the exact meaning you had in mind.

Learning the correct structure for a sentence also opens up your communication possibilities, as you can then easily substitute words in certain sentence format to get a ton of different phrases.

And finally, learning Spanish sentence structure will save you from embarrassing mistakes, since you’ll be able to say what you actually mean to say.

So if you don’t want to end up with a coin in your hand like Michael, don’t leave yet. It’s high time you started learning a little bit about Spanish sentence structure.

Sentence structure can sometimes be daunting for a native speaker of a language, let alone for students. However, its bark is worse than its bite, and there are always some rules we can apply in order to bring some order to that chaos.

Like in English, changing the sentence structure in Spanish can lead to misunderstandings. We will see later that the typical word order in Spanish is SVO (Subject, Verb, Object), but I have good news for you! Spanish is a very flexible language, and most of the time you’ll be able to change that order without altering the meaning of the sentence or making it completely ungrammatical.

Have a look at the following example:

We have a subject (Mi hermano), a verb form (está leyendo) and an object (un libro).

Now imagine I have gone mad and changed the word order of the sentence, like this:

As you can see, the Spanish sentence is still grammatically correct, but the literal translation into English has become a little weird, to say the least.

Since it’s really odd seeing a book reading a person (isn’t it?), we would have to rearrange that English sentence if we want to keep the original meaning, and say something along the lines of, “It is a book that my brother is reading.”

From this example you can see that Spanish definitely has flexibility with its word order, but there are certain instances that offer no flexibility, which are really important to learn. So sit back, relax and enjoy this journey through Spanish sentence structure. And watch out for turbulence!

As I mentioned in the introduction, word order is quite important in Spanish (as in any other language) because it can be a little chaotic and can lead to misunderstandings if you don’t keep to it.

Spanish and English have the same basic word order scheme, SVO (Subject, Verb, Object), but there can be big differences between the two languages, and we do not always use said scheme. In the following points you will learn how to master word order not only in declarative sentences, but also in questions and in negation.

You will also learn where to insert Spanish adjectives in the sentence, and how the meaning can be different if you make some little changes. Lastly, I’ll show you where to put Spanish adverbs in a sentence. Off we go!

Declarative sentences are pretty straightforward because they tend to look the same both in Spanish and in English.

In order for a sentence to be grammatical, we need at least a subject and a verb. Then we can add an object or any other word category we may need. Example:

Yo leo libros. (I read books.)

There are, however, a couple of situations when a declarative sentence in Spanish can be a little different from its English translation:

1. In Spanish you do not need to add a subject, except if used for emphasis:

Yo leo libros (It is me who reads books, not you, not him.)

2. Because of this, you will always have a conjugated verb in a Spanish sentence, and it needs to agree in person and number with the omitted subject:

(Yo) Compro manzanas. (I buy apples.)

3. Insert pronouns directly before the verb, not after it:

4. There are times when you can put the verb in front of the subject! This is true especially when dealing with passives:

5. Thanks to Spanish being a very flexible language, many times you will be able to change the word order without making the sentence ungrammatical. As a result, you will have different sentences with practically the same meaning. Use this technique only when you want to put emphasis on a specific sentence constituent:

Libros leo (yo).
(Literally: “Books I read.” Meaning: It is books that I read, not magazines.)

However, bear in mind that you will not be able to do this every time (like with adjective placement, as we’ll see in a bit). Try to follow the basic scheme and the rules above so that you always have it right.

Spanish negation is really, really easy. Basically, what you have to do is add “no” before the verb:

If you have a pronoun in the sentence, add “no” before it: