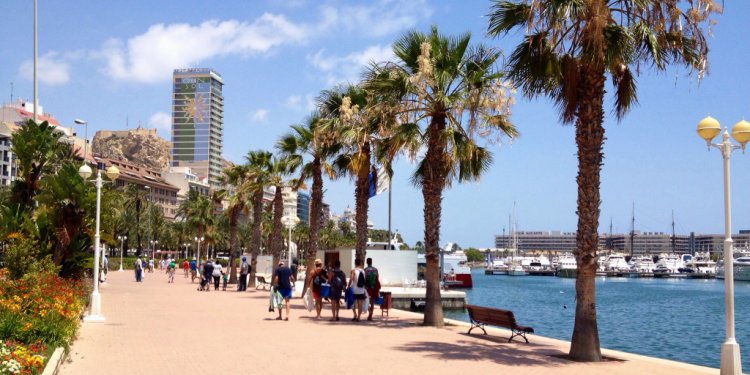 When planning your language learning trip to Spain, you’ll probably want to work on your Spanish with others of your own or similar age.

It’s important for most students to have classroom time with their age peers and the same goes for activities outside the classroom, as well as sharing accommodation. Teenagers or students in their twenties probably prefer to hang out and study with others their own age… and people in their thirties, forties, fifties and over, most likely feel the same!

Choosing a Spanish language course in Spain by age can be confusing. That’s why we’ve been crunching numbers and statistics for you and analyzing the data from some 35 Spanish language schools in Spain that UniSpain currently works with.

This article should give you some practical tips for successfully selecting a Spanish language school in Spain, based on age. We’ve also highlighted a few specific language institutions, which seem to lean more towards one age group than another.

School and university holidays dictate young people’s lives. That’s why most Spanish language courses in the summer time are filled with people in the younger age groups. So if you are in the 25+ age category, you might prefer to look into courses between October and May for this reason. Mind you, if your heart is set on summer time studying, there are many schools that offer a higher average age throughout the year, so you’ll be more likely to find a few students in your peer group on their courses. Read on, because we’ll now look at all of these in detail.

The over-18 age limit for some universities

Many Spanish universities that offer Spanish language courses for foreign students have strict age restrictions: the students must be 18 and above to join. A tiny number of universities may be a little more lenient on this rule for students who are just about to turn 18, but in most Spanish higher learning institutions the rule is so strict that even if you are about to become 18 within the first month of the course, they still won’t accept you until the following year. The 18-year limit will always be stated in universities’ student application requirements and obviously this will also come up in UniSpain’s booking system.

Courses for children and teenagers

There are some Spanish language courses in Spain specifically destined for young children between the ages of 6 and 12, and for teenagers from 13 to 16, or even up to 18 years old. These schools will usually take all ages between 6 and 16 (or 6 and 18). Obviously once the students are assigned into classes, they will be further divided so that children and teens can study with students closest to their own age. There are several destinations available for youngsters, so check the section Spanish Teenage Summer Camps if you have a specific location in mind.

Some schools should be specially noted here, because of a slightly higher number of courses offered specifically for children and teens. Most of these courses will of course be concentrated in the months during school summer holidays:

If you are past your teens or in your early twenties, you’re in luck! This age group is by far the most catered for by Spanish language schools in Spain, without any exceptions Usually this is the time in people’s lives that coincides with language studies taken at University level or maybe a gap year. So it’s a great time to travel, improve your language skills, get to know a new culture… and have loads of fun with other students your own age. However, there are some schools where the student concentration for these ages is quite a lot higher than in others.

NOTE: If you are older than 25, this does not mean that all these schools are necessarily unsuitable for you. Many schools have a very even distribution and you will just need to be watchful of the summer time.

Students specifically in their twenties

Not all Spanish schools supply data for the specific twenties category. Some, however, state that about a third of their students are precisely in the 21 – 29 age group. These are Alicante University, Barcelona University, The CLIC Academies in Seville and Cadiz, Gran Canaria School and Malaga University. Again, summer holiday period will pull in the bottom half of that age bracket.

The schools that jump out for the 25 – 35 age group are the Don Quijote schools both in Salamanca and Barcelona, the Escuela de Idiomas in Nerja (but only outside the summer holiday season) and the Iria Flavia in Santiago. The Malaca Instituto’s average all year student age is 28 (their average winter student age is 35 and the average summer age is 23) – so older students might be better off applying for winter courses if they wish to avoid the younger summer crowd.