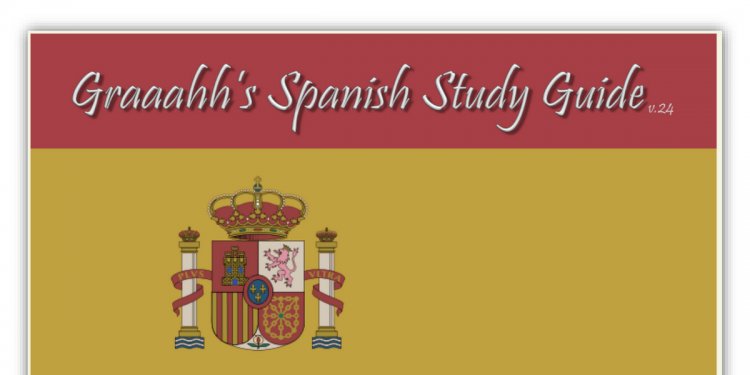 You can notice improvement in your Spanish listening and conversation skills.

But something’s missing—your grammar is a mess.

If you missed your verb conjugation class at school and still can’t tell the difference between an -AR and an -IR verb, help is here.

Why Is Spanish Grammar Important?

Although vocabulary may often hold the key to making yourself understood—walk into a shop and say pan (bread) for example, and you’ll likely come away with the desired product—grammar is equally crucial to getting your point across.

The verb vivir in this sentence is conjugated in the first person in the present tense, giving us vital information that the person talking currently lives in Barcelona.

If we simply said:

Then the listener has no idea who the sentence refers to or whether the speaker is referring to the past, present, future or a hypothetical scenario.

Aside from the communication breakdown mixing up your verbs can cause, conjugating your verbs correctly will make you sound like a much better Spanish speaker. Many native Spanish speakers consider conjugating verbs one of the most challenging aspects of learning their language, so get those verb endings right and you’ll be sure to impress!

The Present Tense in Spanish

All Spanish verbs fall into one of just three categories when it comes to their endings in the infinitive:

In order to make the present tense in Spanish you must use the root (stem) of the word and then add on the appropriate ending, according to the subject and verb type (-AR/-ER/-IR).

The root or stem of the verb is the part before -ar/-er/-ir. Here are the stems of the three Spanish verbs we saw above:

And then the endings change for each verb type, so let’s take a look, beginning with our -ar verbs.

-AR Verbs: How to Conjugate in Present Tense

-AR verb endings are as you see in the chart below:

So take the verb bailar and we get:

-ER Verbs: How to Conjugate in Present Tense

Here are the endings for -ER verbs:

You’ll notice that the endings for the -ER verbs are almost the same as the -AR verbs, except they use an “e” and not an “a”. The first person is the same.

According to these rules, the sentence “I eat a hamburger” can be changed as follows, depending on who gets to eat the burger:

And now that everyone wants a hamburger, let’s move on to the the -IR verbs!

-IR Verbs: How to Conjugate in Present Tense

The -IR endings are very similar to the -ER endings; the only differences are in the nosotros and vosotros forms of the verbs.

So vivir is conjugated as follows:

The only way you’ll be able to master the present tense is through practice, practice, practice. Do grammar exercises, make up sentences in your head, recite the endings over and over again to yourself. Do whatever works until you can remember which ending is which and apply them appropriately.

It would be great if that were all there is to it, but the fun doesn’t end there. Once you’ve got the regular verb endings down, it’s time to introduce the bane of all language learners’ lives: irregular verbs.

Some verbs change their stem in the present tense. Note that the stems of these verbs change in all forms except nosotros and vosotros. They’re usually categorized by the type of change, for example “o → ue” and “e → ie”.

These stem-changing verbs are often called “boot verbs, ” and here’s why: When you organize the verb conjugations into two rows, the forms whose stems change look like a boot.

Let’s take a look at this shape with the verb acostar (to go to bed):

Can you see the boot? The toe of the boot is made by the Uds./ellos/ellas form, acuestan.

Another group of stem-changing verbs change from “e “to “ie”. Examples include:

If you’re feeling a little lost, don’t panic. All Spanish learners felt this way at some point, but the good news is that learning all these verbs is possible. Once you get used to the irregular verbs, they’ll come to you naturally and you’ll soon find your own ears wincing when listening to an improperly conjugated verb.

Other verbs are irregular in the first person, yet regular in all other forms. These are relatively simple to learn.

One example is dar (to give). The first person form is irregular: doy, as in doy un regalo (I give a present), but the other forms are regular:

The verbs poner (to put/place), traer (to bring) and salir (to leave/go out) are sometimes called the “go” or “yo-go” verbs because they end in “-go” in the first person. Poner becomes pongo, traer becomes traigo and salir becomes salgo. All three verbs are regular in all other forms. Here’s poner conjugated, for example:

Other similar verbs are hacer (hago) and tener (tengo).

Decir (digo) and venir (vengo) are both “go” verbs and also stem-changing verbs.

There are three verbs that are so irregular they get their own special category: ser (to be), estar (to be), and ir (to go).

Estar (to be) seems almost normal, until you see the accents.

And ir (to go) is almost unrecognizable:

Just to confuse matters further, some verbs change their spelling in the present tense. Luckily, there are rules that dictate when this happens.