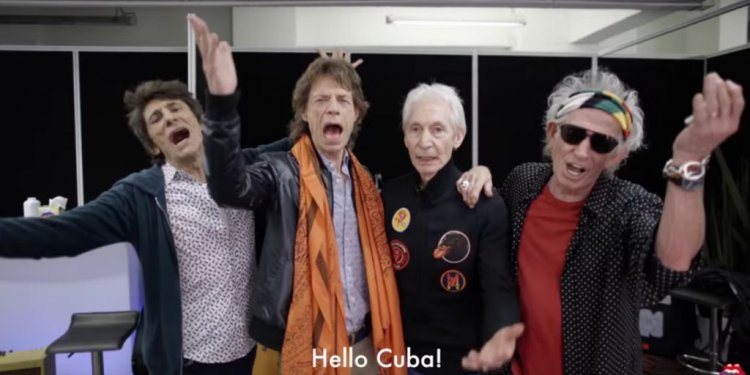 The Rolling Stones are heading to Havana for a historic free concert on Friday and they've released a video to mark the occasion. On Tuesday, the group delivered an all-Spanish video message for their fans in Cuba.

The band speaks in Spanish, but there are English subtitles in the video. While "Jumpin' Jack Flash" plays in the background, the band greets viewers in the clip with a hearty, "Hola Cuba!"

"We are so excited to be coming to play for you. We've performed in many incredible places, but this concert in Havana is going to be a historic event for us, " Mick Jagger says while scenes of the group rocking out on the stage flash by, along with a shot of their Rolling Stones-emblazoned airplane. "We hope it will for for you, too. Thank you for welcoming us to your beautiful country. We hope to see you all on March 25 at Ciudad Deportiva de la Habana."

Dubbed the Concert for Amity, the Stones' performance was originally scheduled for March 20th, but it was pushed back to accommodate President Obama's visit, as reports. They will be the biggest act to perform in Cuba since Cuba's 1959 revolution. On March 6th, Major Lazer became the first U.S. act to play Cuba since America began restoring diplomatic ties with the country.