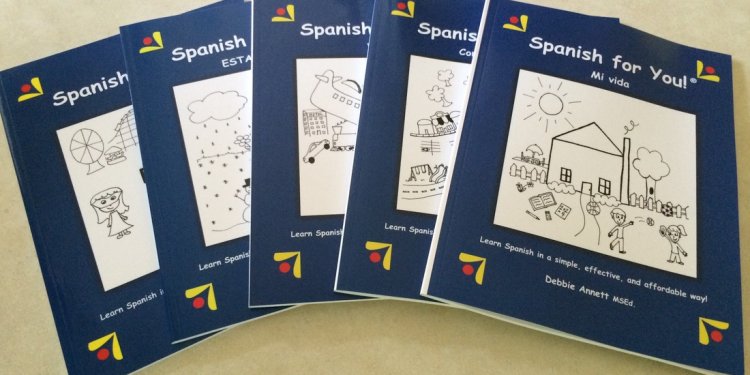 Experts say kids should begin learning other languages at a young age – the younger the better. And with over 37 million Spanish-speaking residents in the U.S., making it the second most common language after English, learning Spanish is a great choice! But how can you make Spanish lessons for kids fun?

Singing with your children is a great way to introduce Spanish lessons for kids!

Start with the ABCs.

Spanish lessons for kids should always start with the ABCs. This Spanish alphabet song above, recorded by a mother and her young daughter, resembles the English ABC song and features pronunciation help with each letter. Learn the song, then cement the idea with the help of this short video by Clever Little Peas.

Start simply with this straightforward song above, introducing the numbers 1-20 to the familiar tune of Twinkle, Twinkle, Little Star. Rock out and push it to 50, then get groovy after Spanish language skills progress.

Teach kids their colors in Spanish the help of this simple, catchy little English/Spanish color tune. If your younger children haven’t learned colors yet, this short tutorial and song is a perfect start.

Sing it in Spanish just for fun.

There are a variety of familiar songs translated into Spanish that will aid in both the education and enjoyment of your children, such as these renditions:

Integrate it into all aspects of their daily lives.

There are also a variety of televisions shows aimed at educating and entertaining your child in other cultures and languages. Shows such as Disney’s Handy Manny, Nickelodeon’s Dora the Explorer and Go Diego Go, and PBS’s Oh Noah! and Maya and Miguel feature both Spanish and English dialogue interspersed with music to help immerse your child in the concept of multilingual environments.

How young is too young?

Children can discriminate between two different languages at as early as 4-6 months, however the ability to detect differences fades around 10-12 months without the introduction of a second language. Your window of opportunity has not closed, however. Research indicates preschool-aged children are still far more adept at learning a foreign language than older children and adults. They develop a second language in the same area of the brain as their native tongue, versus older learners who develop and store it in a completely different region.

Spanish lessons for kids offer an array of benefits beyond communication:

Need help with the next step?

Whether you’re a monolingual parent unsure how to progress past basic Spanish lessons for kids, or a multilingual parent looking for the most effective foreign language teaching methods available, a great tutor can help get you there.