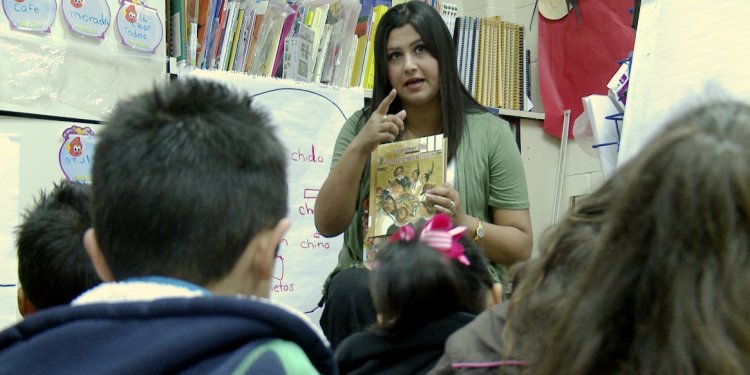 Last week, Chelsea Kyle shared on our Facebook page an excellent opinion piece by New York Times columnist, Nicholas D. Kristof, titled The point he cleverly, and even bravely, makes is that even though Chinese is growing in popularity as the language of choice for parents who want to give their children an educational advantage, Spanish is the language every child in the United States needs to learn. Kristof states:

Look, I’m a fervent believer in more American kids learning Chinese. But the language that will be essential for Americans and has far more day-to-day applications is Spanish. Every child in the United States should learn Spanish, beginning in elementary school; Chinese makes a terrific addition to Spanish, but not a substitute.

In recent years, the Mandarin language has acquired a level of prestige for over-achieving and competitive parents who want their children to be able to fairly compete in our 21st Century’s business world. However, the argument is made that the real social and economic advantage in today’s world comes from knowing how to communicate en español.

The reasons are very clear:

1. Spanish is the second most-spoken language in the United States. In fact, according to the latest U.S. Census Bureau numbers, 34 million people in the U.S. speak Spanish at home, making this the country with the second largest population of Spanish-speakers in the world. That’s ahead of Spain and following only México. Think about that a second or two. You would allow your child to grow up, say in Argentina, and not teach him the native language? We have more Spanish speakers here than they do in any of the countries in Latin America, except for one! A child that does not speak Spanish is at a disadvantage when it comes to engaging in many of the day-to-day activities and interactions that make up the thread of this nation.