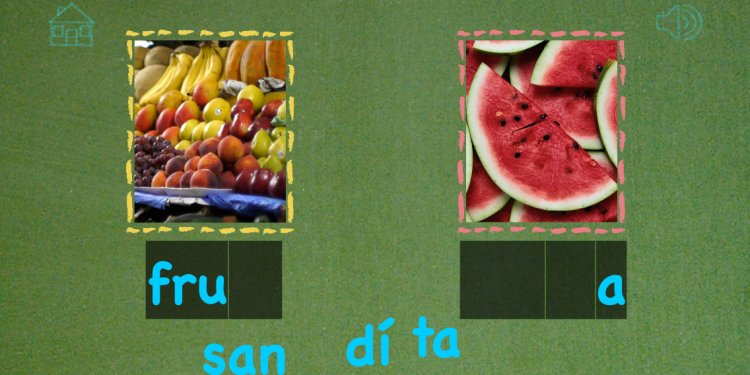 Spanish words for kids to learn

When I started learning to read at 5 or 6 years old we used the traditional Cartilla Fonética or a phonetics booklet. The Cartilla Fonética is a tool used at school to teach the name and particular sound of each letter, how to make the consonant and vowels liaison to form syllables and how to join the syllables to produce words.

In my recent trip to visit my parents in Puerto Rico I was going through my stuff from my school years. To my surprise, I found the Cartilla Fonéticamy sister and I used at school. It’s in poor condition, but still in one piece in spite of being published in 1979! This edition was created specifically for the Puerto Rican market and within its 40 pages I found my first three Puerto Rican words I learned to read.

1. coquí:
A tiny frog, native of Puerto Rico whose male makes a distinctive cricket-like sound during the night. The name of this frog comes from that particular sound co-quí, co-quí.

In Spanish the C can have two different sounds depending on the vowel that follows it. The C is pronounced like a when combined with vowels A, O and U. When C is followed by or the pronunciation is like an S.

The word coquí is and excellent example because it also teach us the pronunciation of the combination que and qui that is also like a K in English.

2. china:
In Puerto Rico and also in the Dominican Republic china is the sweet orange while everywhere else it is naranja.

But how did the naranja became a china? Luz Nereida Pérez explains it in her book Puerto Rico y el lenguajeindicating that there were written records from 1647 making the sweet flavor distinction between the naranjas de China or naranjas de la China from the naranjas agrias (sour oranges). Sweet oranges were brought to the New World by Portugal and in Spanish they were called naranja de China and naranja mandarina or tangerine. So china is the term adopted by Puerto Rico, Dominican Republic, some parts of Venezuela and Yucatán.

That is why in Puerto Rico we drink jugo de china instead of jugo de naranja and the orange color is also known as chinita, despite anaranjado being understood (yet never used) too.

3. juey:
Is a crab that measures no more than 11 centimeters and it has big eyes with blue-gray, brown or orange color body. We share the word juey with the Dominican Republic. The most common word in Spanish is cangrejo. The identifies others words that derive from juey:

• jueyada: the food made with various dishes

• jueyero: the person who is dedicated to fish and sells jueyes

The Cartilla Fonéticais not organized in alphabetical order because it flows from easier letter combinations to the most complicated. That is why the last sounds that are presented at the end of the book are K and W. Those sounds are not typical from the Spanish language. They exist in the Spanish alphabet because are used in words with foreign language origin like, for example, kilo.

Here is the current version of Nuestra Cartilla Fonética:
Nuestra Cartilla Fonetica: Inc. Editorial Panamericana: 762: Amazon.com: Books
At that tender age I didn’t realize it. But now that I am fully dedicated to blog about Spanish language differences, I am well aware that this needs to be shared 33 years later! Imagine giving this book to a kid from any other Latin American country. These 3 words wouldn’t even exist!