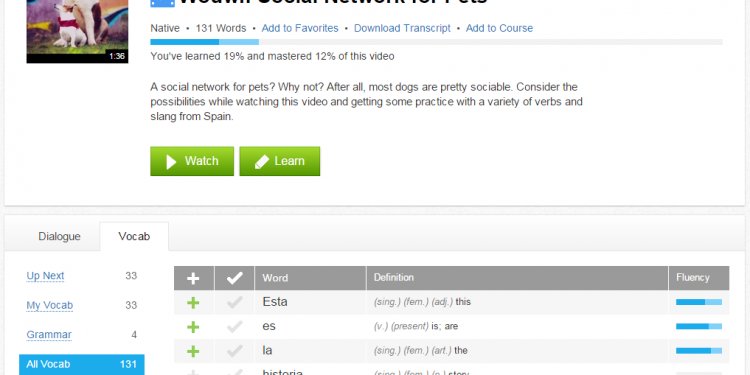 We’ve got a cool Spanish phrase for you, and news of our spring sale.

Once again it’s been a wonderful rainy spring so far in Madrid, full of wild flowers. Here is one of our favourite phrases that we often hear at this time of year:

This wonderful phrase, straight from the streets of Madrid means that until May 40th, so about June 10th, don’t bet on nice weather, it can still be cold… but after June 10th, watch out! ¡Va a hacer muchísimo calor!

To celebrate this beautiful time of year, until midnight on Monday June 6th, you can get 25% off any of the products in our store with the coupon code: spring16

The following phrases can all be used in Spain (there may be variations in South/Latin America) to say that you, or someone else, are really happy:

Another favourite of ours:

Está como un pez en el agua – She’s really having a great time, she’s in her element, (literally ‘like a fish in water’. It’s strange that in English we say ‘like a fish out of water’ to mean the exact opposite!)

And if you just want to keep things simple, there’s no easier phrase in the world than:

¡Que seáis muy felices! – May you all be very happy!

We wanted to start the year by thanking everyone that supported our end of 2014 campaign, whereby we donated all sales from 16.12.14 until 1.1.2015 to ACNUR, the Spanish division of UNHCR (the UN’s refugee agency).

Running this campaign led to a huge amount of feedback from listeners, many with ideas about the nature and notion of charity, and how best to efficiently send support to those that need it.

A full analysis of these ideas, the results of this campaign, and what Notes in Spanish will do going forward, can be found on another of our sites:

Many thanks again, we’ll be in touch very soon and wish you a very happy, Spanish-packed 2015.

We are immensely grateful to everyone who has continued to learn Spanish with us this year.

We are incredibly lucky to be able to continue to make a living from this business that we started nearly 9 years ago, and a few days ago we passed the sales figure we need to cover our cost of living for a year. So we’ve decided to donate the rest of the year’s sales (from 16.12.14 until 1.1.2015) to ACNUR, the Spanish division of UNHCR, the UN’s refugee agency.

Their Africa campaign states “1€ = 1 dia mas de vida” – “One euro means one more day alive”, for the 1.2 million refugees in Africa who are currently at risk of dying of hunger.

The number of causes vying for everyone’s attention these days can be mind boggling, and personally we find it impossible sometimes to know who to help. In the end we think that any help sent to any good cause is better than being lost in indecision. This Christmas we’ve decided to help ACNUR, so all proceeds from any sales made for the rest of this year in the Notes in Spanish store will go to their Africa campaign:

Thanks for learning Spanish with us, and have a really wonderful Christmas.

UPDATE: The results of this campaign can be found here

We think this is the most beautiful ‘Thank You’ song on the planet and we share it every year on this day.

[Note: If an Ad appears, click the ‘x’ on the right of the ad at the bottom of the video to get rid of it (we didn’t put it there, or the red banner at the start about no rude/political comments!) and you can see the subtitles. The subtitles change to Portuguese after the song ends and she begins to speak Spanish.]

So… Gracias. Thank you. Thank you for helping us share this beautiful language all over the world. Thank you for your kind comments, your lovely emails, for telling your friends about us.

Photo: ..a hot Spanish summer afternoon, the Sierra shimmering in the background, the cool blue of the village pool…

Here’s how to sound really Spanish when it’s 39 degrees Celsius (102 Fahrenheit) in the shade – which is what we expect in Madrid as usual this summer!

Our Christmas sale is over, but as promised we have sent the first 1, 000 euros to the UK homeless charity Crisis and their Crisis at Christmas campaign, to provide a christmas meal, and information and support services to homeless people in the UK over the festive season. This should cover around 40 Crisis at Christmas places:

One place at Crisis at Christmas provides…

– welcoming support from people who really care
– three nutritious, hot meals including Christmas dinner
– the chance to shower and change clothes, have a haircut and get a health check
– expert advice on life-changing issues like housing and employment
– an introduction to Crisis year-round services for training and support for the future

Why this charity? Because Ben lived in London for three years before moving to Spain many years ago, and knows how tough winter in London can be. Thank you for helping us to support Crisis.

Now for the christmas treats!

Check out this video, then see below for links to our own Special Notes in Spanish Christmas podcasts!

If you haven’t heard it before, then this is a classic…

The video is a montage that someone on youtube put together of a very typical Spansih Christmas carol… Lyrics and notes below… When we sent this out last year it caused a lot of debate – is it tacky or not?!

About the Carol: For a long time I did think this Christmas carol, or villancico as they are called in Spanish, was rather hortera – tacky. But then I started to like it, and now it’s just a great part of Spanish Christmas! Here below are the lyrics (with key vocab translations in brackets) if you are interested. One key word is of course ‘Belén’ – which as well as being a common girls name, also means Bethlehem (as in this carol), or Nativity Scene.

Learn to speak Spanish for Beginners

Learning to speak Spanish for Beginners